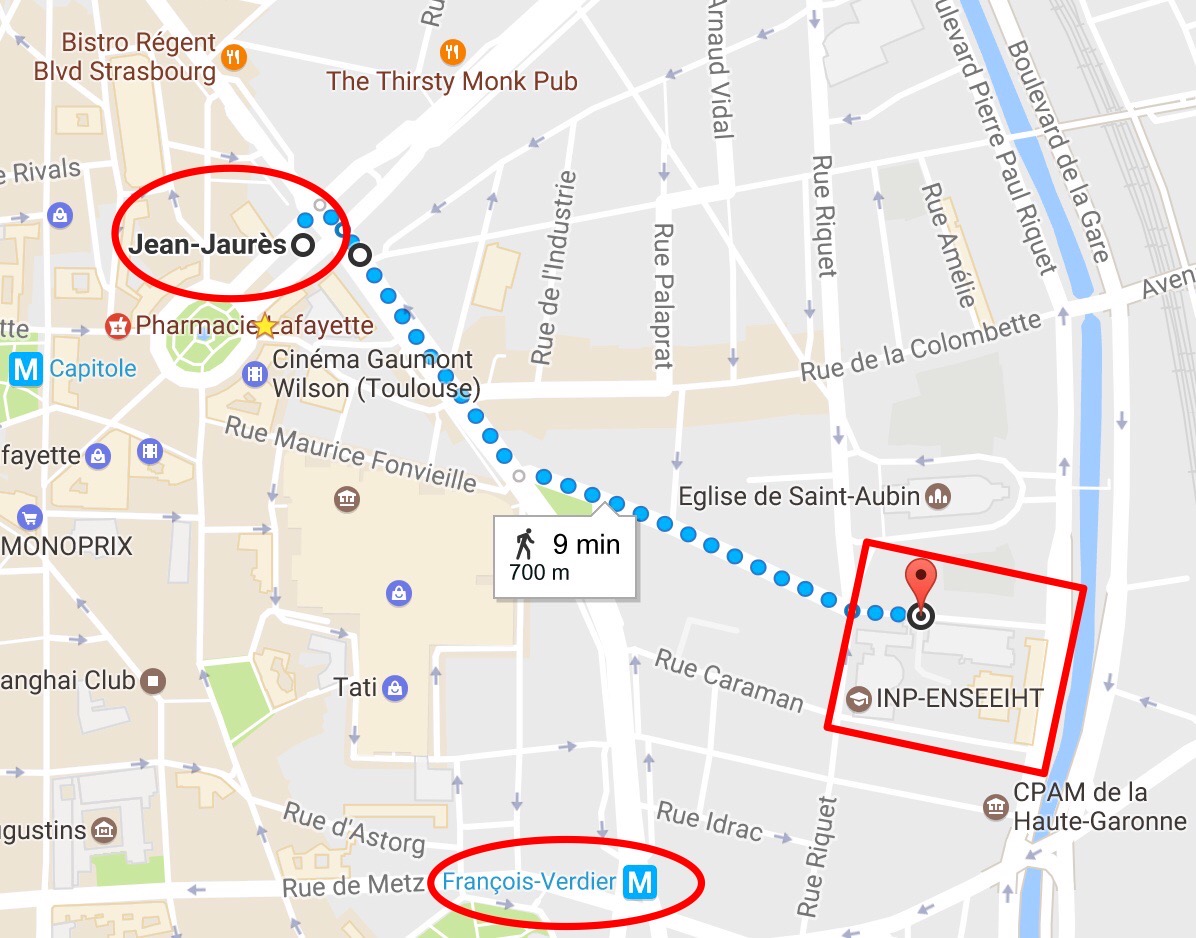 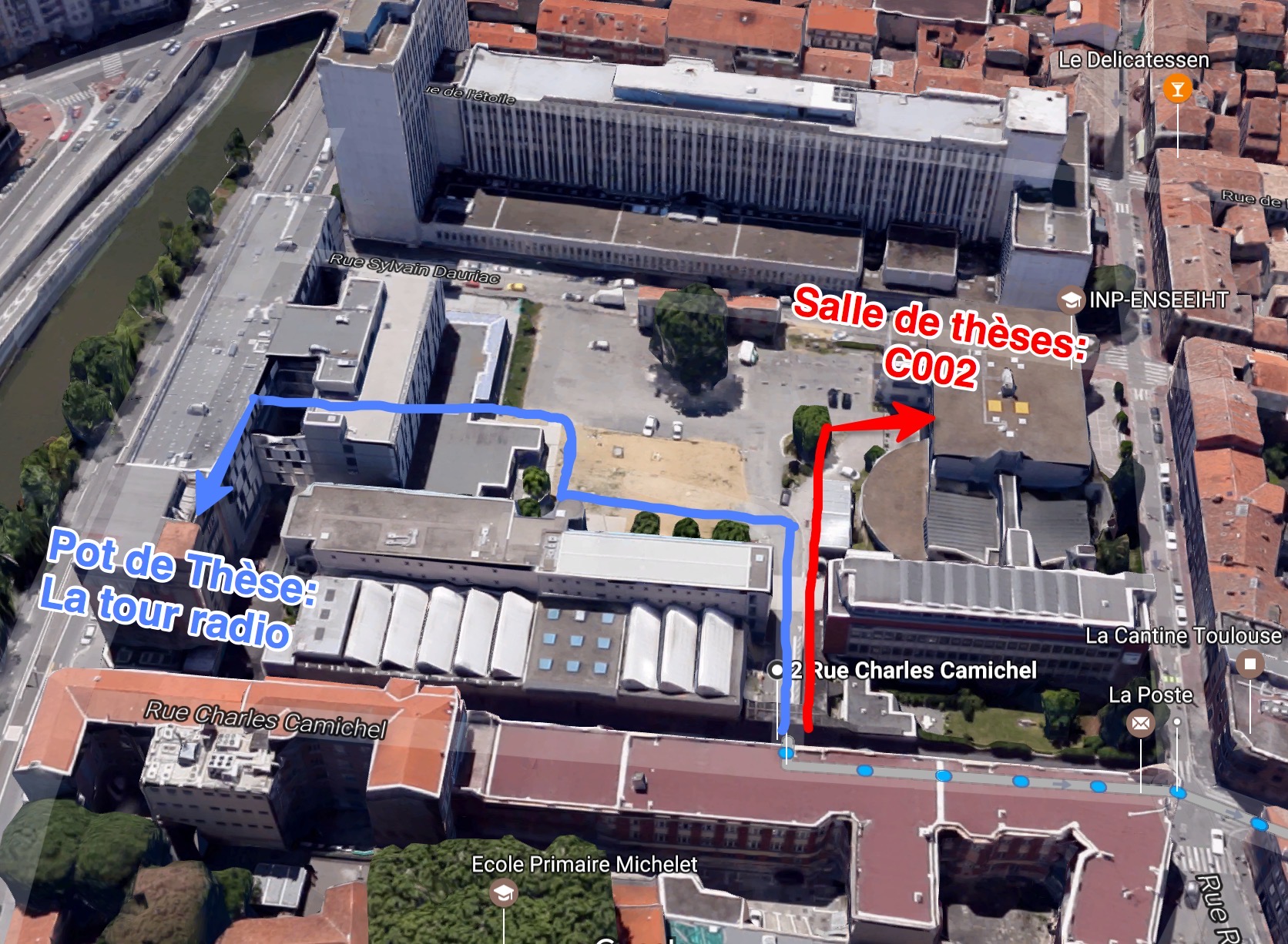 Mobile data traffic is increasing at an exponential rate with the proliferation of mobile devices and easy access to large contents such as video. Traffic demand is expected to soar in the next 5 years and a new generation of mobile networks (5G) is currently being developed to address the looming bandwidth crunch. However, significant 5G deployments are not expected until 2020 or even beyond. As such, any solution that offloads cellular traffic to other available networks is of high interest, the main example being the successful offloading of cellular traffic onto WiFi.

In this context, we propose to leverage public transportation networks (PTNs) created by regular bus lines in urban centers to create another offloading option for delay tolerant data such as video on demand. This PhD proposes a novel content delivery infrastructure where wireless access points (APs) are installed on both bus stops and buses. Buses act as data mules, creating a delay tolerant network capable of carrying content users can access while commuting using public transportation. Building such a network raises several core challenges such as: $(i)$ selecting the bus stops on which it is best to install APs, $(ii)$ efficiently routing the data, $(iii)$ relieving congestion points in major hubs and $(iv)$ minimizing the cost of the full architecture. These challenges are addressed in the three parts of this thesis.

The first part of the thesis presents our content delivery infrastructure whose primary aim is to carry large volumes of data. We show that it is beneficial to install APs at the end stations of bus lines by analyzing the publicly available time tables of PTN providers of different cities. Knowing the underlying topology and schedule of PTNs, we propose to pre-calculate static routes between stations. This leads to a dramatic decrease in message replications and transfers compared to the state-of-the-art Epidemic delay tolerant protocol. Simulation results for three cities demonstrate that our routing policy increases by 4 to 8 times the number of delivered messages while reducing the overhead ratio.

The second part of the thesis addresses the problem of relieving congestion at stations where several bus lines converge and have to exchange data through the AP. The solution proposed leverages XOR network coding where encoding and decoding are performed hop-by-hop for flows crossing at an AP. We conduct a theoretical analysis of the delivery probability and overhead ratio for a general setting. This analysis indicates that the maximum delivery probability is increased by 50% while the overhead ratio is reduced by 50%, if such network coding is applied. Simulations of this general setting corroborate these points, showing, in addition, that the average delay is reduced as well. Introducing our XOR network coding to our content delivery infrastructure using real bus timetables, we demonstrate a 35% – 48% improvement in the number of messages delivered.

The third part of the thesis proposes a cost-effective architecture. It classifies PTN bus stops into three categories, each equipped with different types of wireless APs, allowing for a fine-grained cost control. Simulation results demonstrate the viability of our design choices. In particular, the 3-Tier architecture is shown to guarantee end-to-end connectivity and reduce the deployment cost by a factor of 3 while delivering 30% more packets than a baseline architecture. It can offload a large amount of mobile data, as for instance 4.7 terabytes within 12 hours in the Paris topology.